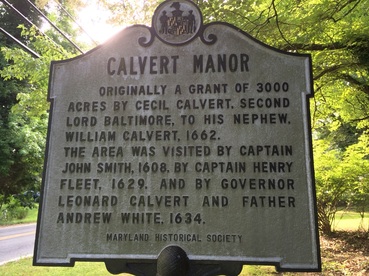 CALVERT MANOR is a wooded community of just over 100 households eight miles south of the Capital Beltway in Accokeek, Maryland. It is in the Rural Tier of Prince George's County. The first house was built by its owner in 1948, and others soon followed. House styles are diverse, and include midcentury modern, colonial, log cabin, rammed earth, and others. Residents are also diverse and include some of the original "settlers," some grown children of the first residents who have returned, young families with children, retired folks, and many others. Calvert Manor is home to plumbers, musicians, engineers, poets, federal contractors, photographers, teachers, carpenters, military folks, and nurses, to name a few.

One or two properties in Calvert Manor still have their own wells, but the water for almost all of the community is provided by our own small, independent water system, the Calvert Manor Corporation.

Sewer services for the upper part of the community are provided by the Washington Suburban Sanitary Commission, which bills quarterly, while the properties down the hill from Farmington Road have their own septic systems. WSSC does not provide water anywhere in Calvert Manor.

​The Calvert Manor Civic Association is our community association and provides many benefits.